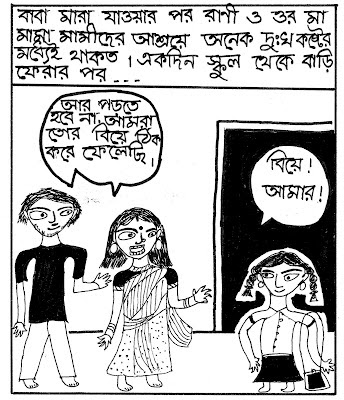 After her father's death,Rani and her mother lived on the charity of her uncle and Aunt. On returning from school one day... 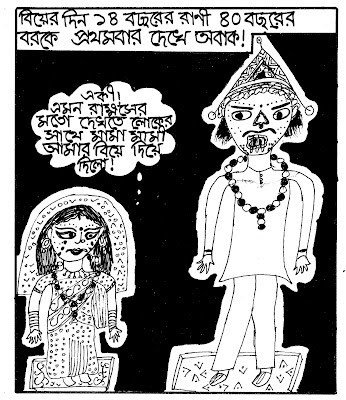 On the day of marriage,14year old Rani is shocked to see her ugly 40year old bridegroom!

Rani: "My fate now lies on the hands of this monster?! Why did Uncle and Aunt do this to me?" 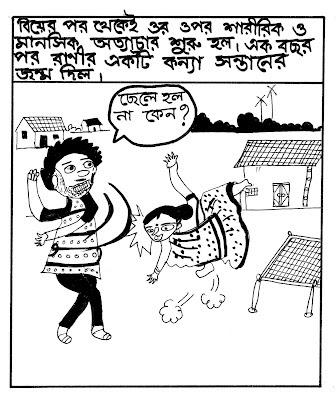 Right from the very first day,her husband tortured her,beat her up.Later,when she gave birth to a baby girl,he chastised her for the 'disgrace'. 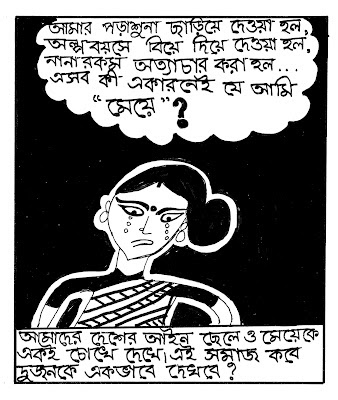 Rani: "Why not a son?---I was forced to leave studies,my dreams,far behind and marry early against my wish!Why?Is this all a girl is worth?"

MEN AND WOMEN ARE EQUAL IN THE EYES OF LAW! THEN WHY THIS INHUMAN BIAS AGAINST WOMEN?
Posted by comics adda at 9:14 PM No comments: 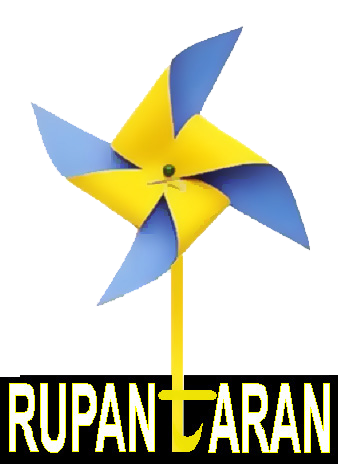 comics adda
Rupantaran Foundation is an NGO formed by a group of youths who have a dream of transforming the society for a better tomorrow. “Rupantaran” itself means transformation, a process of positive change.